We have noticed that you have not turned accessibility on. To turn on screen reader adjustments, click Alt+5
Only left for SAME DAY SHIPPING!

Getting dolls to children in chemotherapy

When Mark originally read this story on Fox News, he knew this is something we would want to support. Childhood cancer has been something close to our hearts ever since Layla Grace put it there about 7 years ago. Just 2 weeks ago we were a sponsor of Cooks Children's Hospital The Blast here in Ft. Worth, so when we read about Bella's goal, we were determined to help her any way we could. So...I reached out to Bella and her momma to see what we could do and we are really excited to announce it today!

Bella has worked really hard over the past few weeks to hand-make hundreds of bracelets for our customers. RuffleButts purchased these bracelets in your honor and will be shipping them to you FREE with your RuffleButts and/or RuggedButts order! Just be sure to use the code BELLASGIFT at checkout on the website to receive your free gift.

Here at RuffleButts, we are all about raising young ladies into confident young women. Bella we are so proud of your efforts and we know our Ruffle-Mommas are too!

Watch this video for more information:

Live here in the Dallas/Ft. Worth area and want to find out more about The Blast? Click here to learn more:

You can follow us on facebook to learn more about our company and the things that we are most passionate about. You can also visit Peace Love Bracelets on facebook to spread the word and order additional bracelets from Bella.

Thanks for your support! 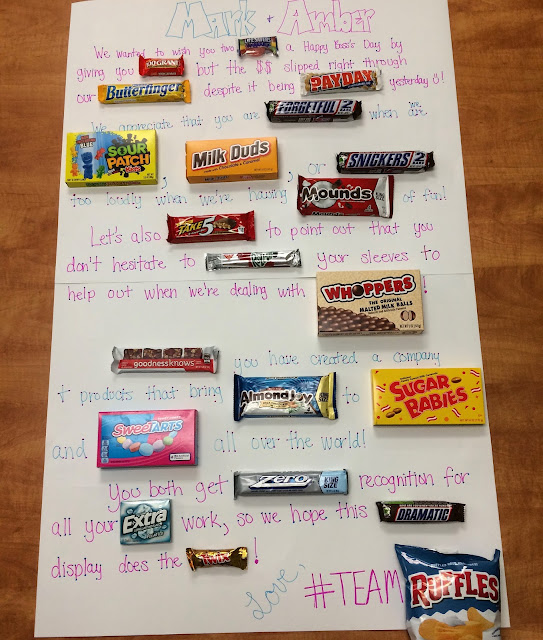 Most people read me as fairly non-emotional at 1st interaction. I'm not super social, but consider myself to be friendly. It is certainly rare that I get emotional in front of others. I want to say it is because I have spent the last 8 years as a CEO that has to pull it together and put on a brave face while we conquer goals bigger than ourselves. In an honest retrospect, I guess I've really always been this way, just mostly even keel, and ready for a challenge. When my closest friend heard that I started RuffleButts, her response was "of course you did." At the time, her response caught me a little off guard, but after a short explanation, I knew exactly what she meant. In a way, my life path prepared and led me right to this journey. In a way, I always knew what I wanted to do, without having any idea what that was...if that makes any sense to anyone!

Anyhow, there are many things about this journey that I completely expected and many more that I did not. One of the things I didn't really see coming was how much I would be impacted by those that signed up to walk along side me in this RuffleButt journey. They affect and impact me more than I ever knew possible. Back to my non-emotional statement earlier, while I may come across fairly non-emotional, I am actually affected quite deeply by those closest to me. As an only child, I don't have a large family, so in a lot of ways, this company has become my family. They are certainly the people that I spend the vast majority of my time with.

Today, these people truly made my day! I had no idea it was bosses day and quite frankly, what is "bosses day" anyway?! While I may technically fall under that definition in some ways, I don't ever considerate it my title in any way. While I may come across as bossy...let me try that again...while I do come across as bossy in many ways, I never think of myself as "the boss". I mostly think of myself as the captain, but a ship without mates would certainly not be a successful one. I carry the responsibility of captain quite seriously, considering that more than 25 people have trusted me enough to put their career in my hands. And, it goes without saying, that I absolutely could not do it without my co-captain (and hubby).

So, this morning our team told me that something was serious and we were needed in the conference room. When we arrived, this incredibly creative creation awaited on the table. As I looked up, our team joined us in the conference room to celebrate "bosses day". I was not only touched by the kind words, but also by the obvious effort that went into such a gift. I have to say I have never seen anything like this candy bar poster before, but what a great idea!!

How to make good business decisions

Following your gut is no way to make business decisions...or is it? What is needed when making an educated business decision? Sound data, detailed analysis, a solid framework and working foundation...right? Big wig business people don't make multi-million dollar decisions on a gut-feel, I'm sure. Well, after 6 years of running this business, I beg to differ. I may not be a "big wig business person" and may not be Ivy-league educated, but over the years, I have found myself making some pretty major, life-altering (and business changing) decisions.

I remember years back when I would turn to Oprah for my daily dose of inspiration (I DVRed her, as there was no chance of watching a daily afternoon tv show). Anyhow, there are many episodes that come to mind when the guest would reference this 'voice in their head', 'just a feeling' or intuition. So many of them saying they wished they would have listened, but shook it off as it wasn't logical. Which brings me to something my husband would say it SUPER important, logic (defined by Wikipedia as the use of valid reasoning in some activity). Of course you would use valid reasoning when making a huge, life-changing decision. But what if there is good reasoning for either decision? What if the logic says one thing, but your gut says the other?

I speak for me personally, as I know this statement is likely to garner criticism, but in business, I have learned that my gut wins. In retrospect, when my gut has told me not do to something and I decided otherwise, I paid the price...and vice versa. Take for instance the decision to follow my dream and start a business. I was employed in real estate (in 2006...the heyday!). My work day started at 10am, who gets to do that?? The money was ridiculous and my opportunities were limitless. I should be loving life. The logic says stay. My gut said run, run, as far as you can...and just go for it. All through college when my friends wanted to be doctors & lawyers, my little voice kept telling me to do something different, I just couldn't quite understand what. My path was not clear, which made logical decision making a bit difficult. It was when I finally listened to my gut, and did A LOT of prayer, that my answer was crystal clear.

Sometimes in life, your answer does not seem logical. Do you have the opportunity to move hundreds of miles away? Leave your friends, family, and everything you have worked so hard to build? Your parents think it is the wrong decision, but your gut keeps telling you it is right? How to you clear the noise and make the 'right' decision? I remember when I was on the Anderson Show with Sara Blakely. She was telling the story of when she started Spanx. She said she waited for a year before telling anyone her idea. She knew this is what she was supposed to do and did not want to hear their opinions. While I did not go that route, it makes so much sense. Clearly there are major life decisions when you need the opinion of your loved ones, but I truly think sometimes your gut is so clear that you just have to listen. When I told my dad that I wanted to start RuffleButts, his 1st response was "Why on Earth would you want to start an apparel company? What's to stop anyone from copying what you do?" He was completely right and I knew it, but I still knew, deep down, that this is what I was supposed to do. Sometimes our best decisions are not the most logical; sometimes the very best decisions are the ones that come from within.

Don't get me wrong here, I'm certainly not saying to throw logic out the window and make brash decisions doing whatever you want. I'm also not saying to disregard the opinion of your loved ones. I think logic is super important, as is family. What I am saying is that sometimes the gut tells us exactly what to do. Just be sure you are listening.