We have noticed that you have not turned accessibility on. To turn on screen reader adjustments, click Alt+5
100% Happiness Guaranteed 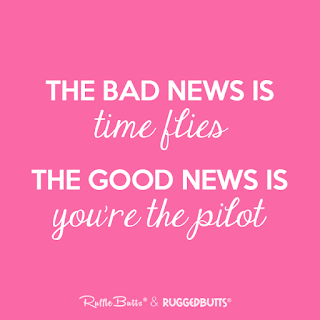 When I glanced at the blog and realized that nearly 2 years had passed since my last post, I was half embarrassed and half reflective on how fast life truly flies by. Am I the only one that had at least two dozen moms and grandmoms approach me when I was preggers with the "flies by" advice? They all told me how fast it will fly by and to make sure to take it all in. Last week, I opened my mouth and realized that with complete unintention, those words were pouring out at the sweet pregnant lady I had just met. It was a moment that made me feel older, but also a bit wiser.

Seeing that January 2014 date as the last published post was a moment that stung slightly, as I realized how thin I have been spread over recent years, but also a moment of triumph as a mom, wife and entrepreneur that I have survived and thrived. I am filled with such gratitude that my life is so full, but like many other women, it is a rare minute that I don't feel like I am dropping one ball or the other. Writing has always been something enjoyable to me, a way of paying it forward of sorts, sharing my experience, and selfishly a way to chronicle my journey. Unfortunately writing is one of the things that was sacrificed over the past 2 years as it easily fell below the priority of time with kiddos and time at RuffleButts. It is today that I make the conscious effort to move it back up a few notches on the list.


Oh where to begin? How about a plan? So, it is my plan, going forward from today, to share all parts of me. Or at least all parts that I think you may find of any benefit or interest. I will share 1 piece business journey, 1 piece beneficial business tools, 1 piece motherhood and 1 piece life lessons to pay forward. This has been the blog past in general, but I will do my best to share on a regular basis go-forward. If you have any other questions or requested information, please feel free to post questions and comments here and I will do my best to respond. As always, I am truly grateful for your interest and support along the way!

Oh my gosh, I feel like such a baby at this very moment...tears are filling my eyes. I truly don't know how I got this lucky! So, I am working in a small temporary office in Southlake, Texas (more on that story here shortly), and have been living away from my RuffleButts team and hubby since Halloween. I have my kiddos, which makes a world of difference, but I have been stretched thin and under a little pressure to say the least. Anyhow, I just got a card in the mail, and it has turned me into a blubbering baby. It is from our RuffleButts team, still back in NC. I had to share, these are just a few of the notes in the card...

"Have a wonderful birthday. You are one of the best people I've ever met."

Happy, happy birthday Amber! I super miss you and hope your day is Ruffle-tastic!

Seriously, I work with the most AMAZING people ever! I don't know what I did to get so lucky...my family, our RuffleButts team, our customers, my friends...it's all a little overwhelming sometimes. I have been tested over these past 2 months in more ways than I can describe in this brief post, but it is times like these that I am emotionally overwhelmed by gratitude.

My sincerest thank you to my AWESOME RuffleButts family back in NC. You inspire me in so many ways and I feel honored to work with each and every one of you. I can't wait to see you VERY soon!!!!!

Working with your Spouse Part 2

A recent conversation reminded me of a post I wrote quite some time ago about working with your spouse. Now almost 2.5 years later, I think it needs a bit of revision! So, don't get me wrong, it's all still valid advice, but the reality is that most of the rules are pretty darn hard to follow.

So, here's the reality of working with your spouse:

2. Forget about vacations FOREVER!
Ok, my advice about taking "no work-talk" vacations...well, you can forget about that! The reality is that the business is almost like another child. Parents naturally talk about their children when they have down-time, making decisions and having discussions that can't be had in front of the kiddos. Well, this business-child is no different. The part that I have found to be necessary is having a "no work talk right now" rule. Mark and I both reserve the right to ask POLITELY that we not talk about work at that moment. It can be on vacation or just an evening on the couch, but when one of us needs to check out, the other respects that.

3. Tune out the opinions of others and follow what you both know to be best
This is certainly a tough one, but ties back to my old comment about gender roles. See in business, gender roles don't apply. Technically I'm the CEO and Mark is the COO. What does that mean exactly, I'm honestly not 100% sure. We both work our butts off doing whatever needs to be done and we rely heavily on the other to pick up the slack where we leave off. So, we've come to realize over the years that not all outside parties understand our little arrangement (like in-laws we'll say as a 'random' example)...they may feel like I'm the mom and should tend to our children more than Mark. Or they may feel like Mark should ultimately be the 'boss' at work and I should be home planting flowers. Well, I have accepted that this may be their opinion, but it's not ours, so I just have to accept and leave that behind. I don't have the time or energy to carry the expectations of others, as long as I know that Mark and I are on the same page.

4. You won't always be on the same page
Yes, I know what I just said one sentence earlier, but the reality of working with your spouse is that although you are very much connected, sometimes you are not on the same page. The rule here is that you MUST commit to accepting differences and talking through them calmly. Sometimes we just have to agree to disagree, but this is when we turn to our roles at the company to see who's opinion trumps who's. It's kind of rare that we don't come to compromise, but there are certainly times when I have to say, "I respect your opinion and understand where you're coming from, but I feel strongly enough on this to move ahead anyway." It's rare, but it happens.

5. Be prepared for what you are getting yourself into
Here's the reality...working with your spouse is NOT easy. The benefit is that you'll likely never have an employee that you will trust more than your spouse. And, they are likely involved in many of your business decisions anyway. The negative is that you blur all lines of a marriage, which is complicated enough as it is already. This negative is a pretty big price to pay, so you have to be just plain stubborn enough to make it work.

6. Pride is a difficult thing and there is no room in a marriage for its presence
This is a super difficult one. I don't care who you are, everyone struggles with ego in one way or another. I've always wondered how on earth celebrity marriages work, especially when one is more of a 'celebrity' than the other. Look, I don't want to be famous, but I have to admit, if everyone was kissing Mark's booty and I was only known as "Mark's wife", it would make me pretty crazy. I know it would be the same in reverse. Of course I want nothing but success for Mark and all of the attention in the world, but I also want us both to be grounded by what's truly important. Be prepared for pride to get mixed into business one way or another and be prepared to work through it together, lovingly.

7. Marriage comes first!
This is one rule from my previous list that applies just as much today as it did years ago. If you make the decision to work together, you also must make the decision that the marriage comes first. Have a plan. How will it work? What if it doesn't work? You have to agree that whatever your differences may be that you will do whatever needed to support one another and put the marriage before the business.

Any of you watch Bethenny Frankel's show Bethenny Ever After? I realize the show was filmed months ago, as all reality shows are, but that still doesn't stop me from wanting to pick up the phone after every episode to call and talk her ear off. If you don't watch it, Bethenny, who is obviously an uber-successful entrepreneur (and pretty funny gal...I'm so jealous of her quick wit), is debating the decision to have Jason, her hubby, come work with her. I feel like anyone at this crossroads of whether or not to work with a spouse should at least get to talk to others in the same circumstance. Get an honest opinion. Not everyone is going to have the same experience...some will tell you to run as fast as you can in the other direction, others may tell you it was the best decision of their life. Regardless, it is a HUGE decision, so this is just my fair advice to anyone ready to take the plunge. Let me just say this, if Mark and I had our own reality show it would be quite the train-wreck. I honestly don't think many people would understand our let's just say unusual relationship, but so far it works for us. I truly can't image running RuffleButts without him!